Board Your Flight Before the Schmucks

Boarding early is one of the most attractive benefits of elite status. There’s always room for your carry-on, you’re not relegated to taking 1 step per minute down the jet-bridge, and you don’t have to squeeze through dozens of people to make it to seat 46B. However, elite status isn’t the only way to board early. Here are some other options to avoid the cattle drive onto the plane.

Avoid these crowds and breeze right by them.

1. Get an Airline Credit Card
The Citi AAdvantage card isn’t the only card that gives you early boarding rights. The Delta SkyMiles credit card from AmEx and United’s Mileage Plus card from JPMorgan Chase offer the same privilege on those airlines. Other airlines probably offer the same perk. You won’t board with the super elite groups, but you’ll be included in the final frequent flyer group: Gold for AA, Silver for Delta, etc.

Also, remember that these cards give you a multitude of other great benefits like bonus miles, free checked baggage, discounts on in-flight spending and others. If you’re even a semi-frequent traveler, these cards are worth having.

Sneaky solution: None. Get the card. 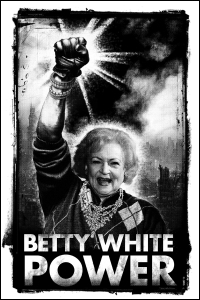 While some airlines still allow parents and small children to board early, many are now removing that privilege. The elderly are, and always will be, allowed plenty of extra time before normal boarding begins. If a member of your group is in a wheel chair or elderly (or just looks old), you can board with them to “assist”. Just don’t ditch grandma when you dash out of the plane to get in line for the plane-side checked baggage. Airlines frown on that.

Sneaky solution: Befriend Betty White in the gate area and offer to help with her bags.

3. Wear Your Camo
Ever been in the military? Even if you’re off-duty or retired, wear your fatigues. You’ll board with the first group on most airlines including: American, United and Frontier. As most

self-respecting Americans would agree, our soldiers have earned more status than your typical frequent flyer has ever dreamed of.

All you really need is a military backpack. If you have one on, people will welcome you to board early.

If you want to be a jerk, you can borrow one or buy one at a military surplus store. No one is really going to challenge someone with a military backpack about the rules of early military boarding. Just know you’re being pretty sleazy while doing so.

4. Buy Your Way Onboard
American, Southwest, United and other airlines are now letting you buy early boarding. For $10-$20 per direction of travel, you can board in Group 1 regardless of your seat assignment.

Note that many airlines prioritize boarding by zone, so you may be in Group 1 automatically. To learn more about zones, check out this chart by SeatGuru.com: http://www.seatguru.com/articles/boarding_procedures.php

Sneaky solution: None. It’s $10 cheapskate. Dish it out or get in line.

20 Responses to Board Your Flight Before the Schmucks